Jeff Kahn is the co-founder and CEO of Rise Science. He began his journey into the world of sleep science as an overworked and underslept student at Northwestern University, where he earned a bachelor’s degree in health systems engineering and a master’s degree in engineering design and innovation.

Jeff and his Rise Science co-founder Leon Sasson were the first to publish research on how technology can help you improve your sleep behaviors. And they went on to complete the largest known study on how sleep impacts real-world job performance across the NFL and sales teams. Jeff has worked with elite athletes and Fortune 500 companies, teaching them how sleep can improve their performance. And now, he helps everyone get more energy with the RISE app.

Jeff, along with Leon, was named a Forbes 30 Under 30, and he’s shared his sleep science knowledge in publications like Forbes, Thrive, Authority Magazine, and sleep.com. Plus, Jeff’s work has been featured in The New York Times, Harvard Business Review, and The Wall Street Journal, as well as on ESPN, NBC, CBS, and Fox Sports.

You can connect with Jeff on LinkedIn and Twitter. His favorite sleep and energy tip?

Take a warm bath 90 minutes before your Melatonin Window, or your biological bedtime, to help your body cool down and wind down for sleep. 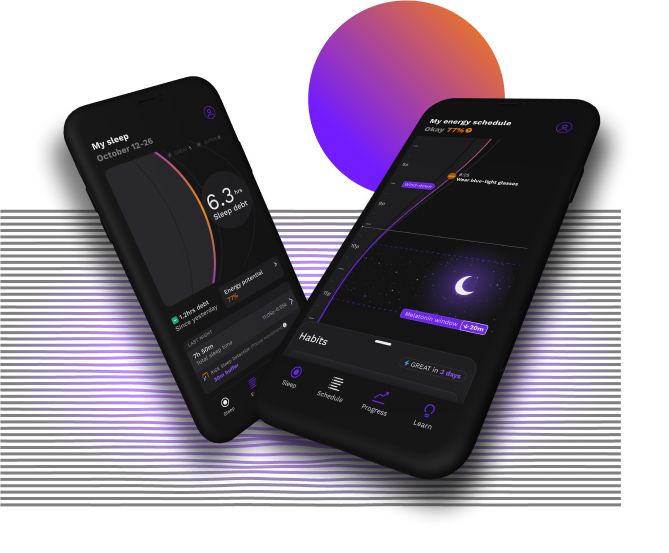 The power behind your next best day